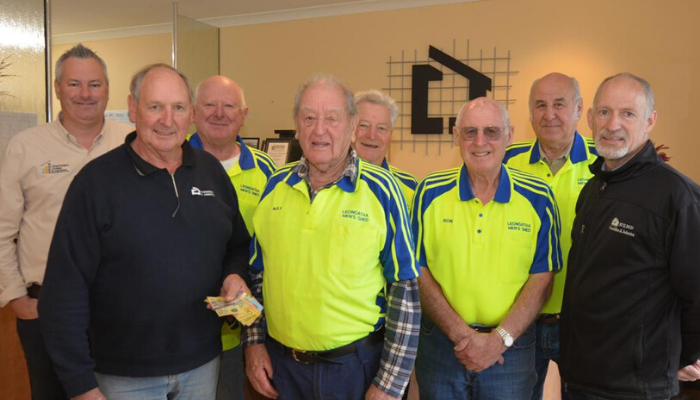 This year marked a remarkable 44th annual Considine & Johnston Golf Day which has been held at the Leongatha Golf Club continuously since 1975 and has become a staple event in the town’s annual calendar for many local tradespeople and suppliers alike.

Over the past several years, the Independent Builders Network has jumped on board and arranged a fundraiser for the local Leongatha Men's Shed in which punters try to “get near with a beer” in order to win a branded beer-fridge whilst learning more about what the Men's Shed does for the local community.

In perfect synergy, Considine & Johnston have become the Builder to construct the recently approved addition to the incumbent shed, which looks after 40 locals who get together each week. With the Men's Shed doing so much for the community as well as allowing Men of all ages, to network and provide each other with support, it has been tough to accommodate more members so the new plans for addition is very welcome indeed and will also include a large meeting area that will be made available to the local community and private enterprises.

This year Considine & Johnston bettered their 2018 record and managed to raise $600 which will be used towards developing a new recreation reserve at the Men's Shed and the initiative gets further synergy as C&J is also heavily involved with the Independent Builders Network Adaptable Living program which produces accessible housing for regular Australians.

Adaptable Living meets the Australian Livable Housing Guideline which makes houses easier to navigate through and live in, making seven key components of the home slightly different such as door widths and a safe and continuous flow through the dwelling.

C&J are building such a home at 65 Shingler Street, Leongatha to a “silver spec” which means the house meets the qualifying standard to be considered Livable Housing (for further information contact info@conjohn.com.au). There is also a display home which has been designed as a split level in the Korumburra Daisybank Estate which meets the standard and which will be open in early 2020.  The Thredbo design is also available at www.conjohn.com.au upon request.

Max Wood on behalf of the Leongatha Men's Shed said that they were grateful for the ongoing support of IBN and C&J and hoped they would continue to both promote awareness of the benefits of the Men's Shed Association, particularly to the tradespeople, and keep having fun raising the monies and supporting the C&J Golf Day in years to come.